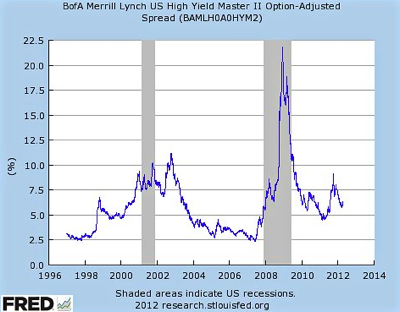 More On Safe Assets: What you see there is a definite Bagehot moment in 2008-2009, aka the Oh-God-we’re-all-gonna-die period, but not thereafter…. [T]here’s the question of whether a simple expectations-of-low-short-term rates story can explain low long-term rates….

[T]ake the CBO baseline forecast… [t]ake a simple estimated Taylor rule… assume that actual rates are the maximum of the Taylor number and zero… ask what 10-year rate would be appropriate in a present-value sense [from the expectations hypothesis of the term structure], ignoring risk and uncertainty…. The answer is… 1.79 percent…. [C]urrent [Treasury] rates… aren’t unreasonable given the expectation of a weak recovery. You don’t need the safe asset shortage story.

Just to be clear, I’m not ideologically opposed to the safe asset thing. I just wonder whether we aren’t violating Occam’s razor, adding stuff that the story doesn’t need.

PS: I meant to add that Brad’s Bagehot paper (pdf) is fantastic, although I think the Bagehot moment is behind us.

Let me say where I think I am coming from…

When I start to think about these issues, it immediately triggers the Olivier Blanchard emulation program running on my wetware that was installed by Econommics 2010c in the spring of 1980. It reports that an adverse LM shock--a Friedmanite-monetarist downturn--produces low bond prices and low stock prices: there is an excess demand for liquidity in the economy, and so pretty much everybody is trying to dump their other interest-bearing and dividend-yielding financial assets in order to build up their holdings of liquid money. It reports that an adverse IS shock--a Wicksellian-Keynesian-Hicksian downturn--produces high bond prices and high stock prices (mod the direct effect of the downyurn on profits): there is a shortage of financial savings vehicles in the economy as a whole, planned household and business savings are running ahead of desired business investment, and so people are bidding up bond and stock prices to get hold of these scarce savings vehicles and also shifting liquid cash out of their transactions balance account to their savings account--a precautionary/speculative demand for money. 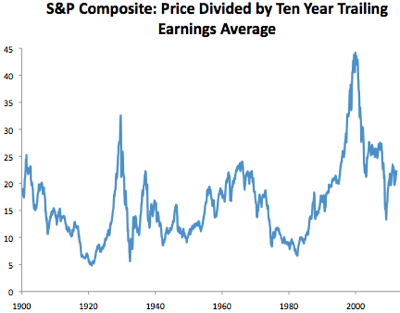 But when I look at the economy now, I see Treasury bonds that look very high and yet stock (and other risky asset) prices that look rather low--which fits neither a Friedmanite-monetarist nor a Wicksellian-Keynesian-Hicksian downturn.

Now Paul is completely correct to say that things are not nearly as Bagehotian-Minskyite as they were at the start of 2009. 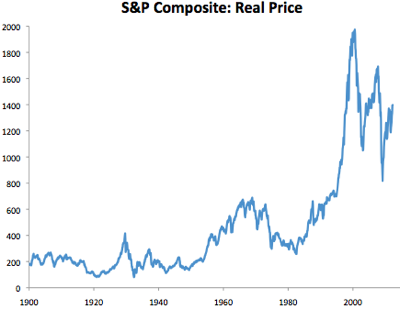 More On Safe Assets: What you see there is a definite Bagehot moment in 2008-2009, aka the Oh-God-we’re-all-gonna-die period, but not thereafter…. [T]here’s the question of whether a simple expectations-of-low-short-term rates story can explain low long-term rates….