The Right's "47%" Theory Seems Stronger than Ever Among the Wingnuts... 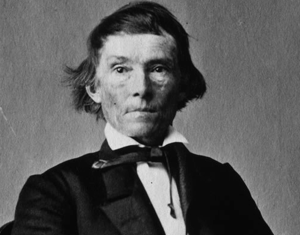 It's important to register that none of the "47%" talk makes sense--but it does seem remarkably powerful...

[T]he Wall Street Journal… November 20, 2002, "The Non-Taxpaying Class: Those lucky duckies"… an internal fight…. The Bush tax cuts are going to be across all families, and the editorial is warning that this is the wrong approach. It should focus just on the rich…. The editorials seemed more concerned that the federal tax code will retain its progressivity under this tax cut, rather than the lucky duckies initating a new culture war. This is in stark opposition to….

The new president of the American Enterprise Institute, Arthur C. Brooks… The Battle: How the Fight between Free Enterprise and Big Government Will Shape America's Future. How does he think of the 47 percent?…

We will eventually reach a threshold beyond which most Americans have no economic incentive to defend free enterprise because it is so far from their interest to do so. The young sympathizers of socialism today may be the grown-up defenders of socialism tomorrow."…

The Battle was the first statement that President Obama was at the vanguard of a new culture war on economic issues… the author of the most prominent critical review of the book from the right was canned from his think tank job a month after it came out. Who? The "30 percent”… people who "reject the free enterprise system culturally."… Consequences?… [T]his locks young people into socialism and the intellectual space of the 30 percent coalition….

We're coming close to a tipping point in America where we might have a net majority of takers versus makers in society… we will convert our safety net… into a hammock that ends up lulling people into lives of dependency and complacency, which drains them of the incentives and the will to make the most of their lives.

Who? The do-gooders who created the social safety net…. Consequences?… [T]heir ability to take personal responsibility will fall apart….

DeMint: "Almost half of Americans are getting something from government, and the other half are paying for it. And we're on a track where 60 percent are getting something from government and 40 percent are paying for it. You can't sustain a democracy with that mix…. We've got to understand we're in trouble, that we don't have much time." Or this from Steve Doocey on Fox and Friends: "Coming up! A controversial question. With 47% of Americans not paying taxes--47%--should those who don't pay be allowed to vote?" Who? The 47 percent themselves… [who] vote into office people willing to take from the top half…. Consequences? The system eventually collapses into itself, as those at the margin work less and also join in demanding more…

We have four sets of Enemies of the People who create the 47%--compassionate conservatives, the old standard “New Class” hostile to capitalism, the do-gooders who created the safety net, and the shiftless 47% themselves. We have four sets of consequences--that the poor will continue to be “lucky duckies”, that the young will become lifelong Democrats, that the 47% will lose their ability to stand on their own feet, and that the entire system will collapse because it incentivizes idleness. And we have two sets of cures--raise taxes on the not-rich, and the DeMint-Doocey deprive the 47% of the vote.

It is, I think, important to note that in American political rhetoric the original "takers" were the slaves of the South. The slaveholders, you see, were doing them a favor by driving them with the lash out of shiftless idleness to learn "to work, and feed, and clothe themselves" and that "in the sweat of his brow he should eat his bread".

Cornerstone Speech: With us, all of the white race, however high or low, rich or poor, are equal in the eye of the law. Not so with the negro. Subordination is his place. He, by nature, or by the curse against Canaan, is fitted for that condition which he occupies in our system…. The substratum of our society is made of the material fitted by nature for it, and by experience we know that it is best, not only for the superior, but for the inferior race, that it should be so. It is, indeed, in conformity with the ordinance of the Creator. It is not for us to inquire into the wisdom of his ordinances, or to question them. For his own purposes, he has made one race to differ from another, as he has made "one star to differ from another star in glory." The great objects of humanity are best attained when there is conformity to his laws and decrees….

I have been asked, what of the future?… [I]f we are true to ourselves and the principles for which we contend, we are obliged to, and must triumph. Thousands of people who begin to understand these truths are not yet completely out of the shell…. We hear much of the civilization and christianization of the barbarous tribes of Africa. In my judgment, those ends will never be attained, but by first teaching them the lesson taught to Adam, that "in the sweat of his brow he should eat his bread," and teaching them to work, and feed, and clothe themselves…

As the inestimable Ta-Nehisi Coates noted back at the time of the Romney meltdown:

We Are All Welfare Queens Now: Thinking some more on Mitt Romney's high-handed claim that one in two Americans will vote for Obama simply to better ensure their own sloth, I was reminded of Lee Atwater's famous explanation of the Southern Strategy…. [Since] 1790… [p]rogress has meant a series of fights first over direct and indirect components of citizenship (voting, serving in public office, serving in the Army, serving on juries etc.) and less explicit tactics to curtail access to them…. [T]hese [less-explicit] tactics… are evidence of progress and the liberal dream of equal citizenship before the law…. [T]he South effectively erased the black vote. But there was an actual black vote… and in the North that vote held some sway. It's worth critiquing how the machine manipulated the black vote in Chicago, but it's also worth noting there was a black vote….

[A]s tactics aimed at suppressing black citizenship become more abstract, they… envelop… non-blacks. Atwater's point that the policies of the Southern Strategy hurt blacks more than whites is well taken. But some whites were hurt too…. [W]hat you see is more non-black people being swept into the pool of victims and the pool expanding. You can paint a similar history of the welfare state….

At each interval the ostensible pariah grows, until one in two Americans are members of the pariah class. In all this you can see the insidious and lovely foresight of integration which, at its root, posits an end to whiteness as any kind of organizing political force. I would not say we are there. But when the party of white populism finds itself writing off half the country, we are really close.

The Right's "47%" Theory Seems Stronger than Ever Among the Wingnuts...

It's important to register that none of the "47%" talk makes sense--but it does seem remarkably powerful...