Grasping Reality by Brad DeLong
Archives Highlighted Previous Edit COVID Market for Man Slavery 20th C. Reading 'Chicago'
"If I Had Not Known the Topic of the Paper, I Would Have Thought This Was a Map of the Obama Vote Share in 2012"
Why Oh Why Can't We Have a Better Press Corps?: Andrew Ferguson of the Weekly Standard Edition 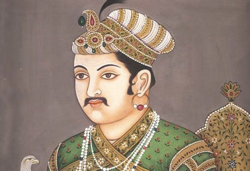 Every history tells a story of what happened: one damned thing after another. But which story do you tell?

But what will people 500 years in the future see the principal axes of our history, of the history that set the patterns into which their civilization grew, of the history of the extended 1870-2010 twentieth century?

The major theme has to be that the history of the twentieth century was overwhelmingly economic and was—all in all—glorious. The history has an extremely depressing middle: a wolf-fanged century, wrote Russian poet Osip Mandelstam, “but I am not a wolf”. However unlikely it seemed in his time, our ending today is—so far—much more happy than tragic. Certainly this is the case when we use a relative yardstick, and compare the end of the twentieth century to all previous centuries. Yes, forms of religious strife and terror that we thought we had left behind several centuries ago are back. Yes, failures of economic policy that land countries in depression that we thought we had learned how to resolve decades ago are back. Yes, nuclear weapons and global warming pose dangers for the future of a magnitude that humanity has never before confronted. Nevertheless, all in all the North Atlantic today is a (relatively) free and prosperous region, and the rest of the world is if not free and prosperous at least closer to being so than at any time in the past.

This is the Grand Narrative.

Of course, that the explosion of material wealth and liberty we have seen in the twentieth century has not solved our human problems is obvious. That the likely spread of ample material plenty and, if we are lucky, increasing democracy and freedom to much of the rest of the globe that the twenty-first century may see will not solve our human problems is obvious as well. We have little confidence today that we know how to achieve successful economic development in the world: the East Asian financial crisis of the late 1990s and the North Atlantic crisis of the late 2000s broke confidence in both the East Asian state-led and the neoliberal openness-led development models. The twenty-first century problems of global environmental management have not yet been addressed. Wars of religion are, if not back, on the horizon. And modern North Atlantic liberal democracy is not the end of history. And there is the fact that the utopia toward which we have seemed to be progressing—a prosperous, liberal, democratic one—is not to everyone’s taste, as the terror-bombers who destroyed the World Trade Center and killed 3000 people on September 11, 2001 and subsequent military-political attempts to spread or contain a new set of wars of religion have made clear.

A naive individual of a century or two ago would wonder at the events, patterns, and problems that brought the twentieth century to its end. The world at the end of the twentieth century has enough wealth to give everyone on the globe what they would regard as a rich upper-middle class style of life. Why does such a rich and powerful world still have problems? It is not at all clear that we will recognize our destination when we arrive at it, or that many of us will like it when we get there.

At best, we are but slouching towards utopia.

Every history tells a story of what happened: one damned thing after another. But which story do you tell?