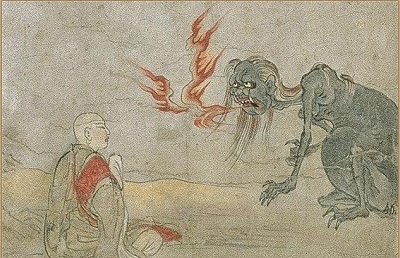 The twentieth century’s tyrannies were more brutal and more barbaric than those of any previous age. And—astonishingly—they had their origins in economic discontents and economic ideologies. People killed each other in large numbers over questions of how the economy should be organized, which had not been a major source of massacre in previous centuries.

Twentieth-Century governments and their soldiers have killed perhaps forty million people in war: either soldiers (most of them unlucky enough to have been drafted into the mass armies of the twentieth century) or civilians killed in the course of what could be called military operations.

But wars have caused only about a fifth of this century’s violent death toll.

Governments and their police have killed perhaps one hundred and sixty million people in time of peace: class enemies, race enemies, political enemies, economic enemies, imagined enemies. You name them, governments have killed them on a scale that could not previously have been imagined. If the twentieth century has seen the growth of material wealth on a previously-inconceivable scale, it has also seen human slaughter at a previously-unimaginable rate

Call those political leaders whose followers and supporters have slaughtered more than ten million of their fellow humans “members of the Ten-Million Club.” All pre-twentieth century history may (but may not) have seen two members of the Ten-Million Club: Genghis Khan, ruler of the twelfth century Mongols, launcher of bloody invasions of Central Asia and China, and founder of China's Yuan Dynasty; and Hong Xiuquan, the mid-nineteenth-century Chinese intellectual whose visions convinced him that he was Jesus Christ’s younger brother and who launched the Taiping Rebellion that turned south-central China into a slaughterhouse for decades in the middle of the nineteenth century. Others do not make the list. Napoleon does not make it, and neither does Alexander the Great or Julius Caesar.

By contrast the twentieth century has seen five or six people join the Ten Million Club: Adolf Hitler, Chiang Kaishek, Vladimir Lenin, Joseph Stalin, Mao Zedong, and Tojo Hideki. Hitler, Stalin, and Mao have credentials that may well make them the charter members of the Thirty Million Club as well—and perhaps the Fifty Million Club. A regime whose hands are as bloody as those of the 1965-1998 Suharto regime in Indonesia—with perhaps 450,000 communists, suspected communists, and others in the wrong place at the wrong time dead at its creation in 1965, and perhaps 150,000 inhabitants of East Timor dead since the Indonesian annexation in the mid-1970s—barely makes the twentieth century's top twenty list of civilian-massacring regimes.

What does this—bloody—political and secret police history have to do with economic history? It seems at first glance that, while deplorable, it has little to do with the story of how people produced, distributed, and consumed the commodities needed and desired for their material well-being.

But it is not possible to write economic history without taking the bloody hands of twentieth century governments into account. First, the possibility that the secret police will knock at your door and drag you off for torture and death is a serious threat to your material well-being. The seventeenth-century political philosopher Thomas Hobbes wrote that people are motivated by sticks and carrots: “the fear of violent death, and the desire for commodious living.” In a century where the chance that a randomly-selected person will be shot or starved to death by his or her own government approaches two percent, the fact of large-scale political murder becomes a very important aspect of everyday life and material well being. Second, the shooting or starvation was often part of the government’s “management” of its economy: the stick used to compel the people to perform service or labor as the government wished. The economies of the Soviet Union in the 1930s and of China in the 1960s cannot be understood without understanding how mass terror was used as a social discipline device.

When you think about it, killing people on a large scale over what social mechanisms should coordinate economic activity is profoundly stupid: we want social mechanisms that will work in the sense of delivering prosperity, progress, and a reasonably egalitarian distribution of income. Combinations of mechanisms that fail to accomplish this should be rejected; combinations that succeed should be approved; but the stakes are not overwhelmingly large.

Moreover, the power of tyrants and leaders does not depend on the balance of command or market mechanisms in the economies that they govern. Fidel Castro would rule in Havana whether farmers are allowed to sell their crops in roadside stands, or whether they are prohibited from doing so—forced to sell to government monopoly bureaucracies. The power or personal status of leaders or the eternal salvation of peoples had little to do with twentieth century episodes as the Soviet collectivization of agriculture, the Cuban suppression of farmers' markets, the Khmer Rouge's forced emptying of Cambodia’s cities, or the disaster of Mao’s Great Leap Forward. All were in large part attempts to guide and shift the economy along the lines dictated by ideology. Other twentieth century disasters had equally strong roots in economic ideology: it is hard to see World War II in the absence of Adolf Hitler's insane idee fixe that the Germans needed a better land-labor ratio—more “living space”—if they were to be a strong nation.

The last word should be Aleksandr Solzhenitsyn’s:

The imagination and inner force of Shakespeare's villains stopped short at ten or so cadavers, because they had no ideology.... It is thanks to ideology that it fell to the lot of the twentieth century to experience villainy on the scale of millions.

The twentieth century’s tyrannies were more brutal and more barbaric than those of any previous age. And—astonishingly—they had their origins in economic discontents and economic ideologies. People killed each other in large numbers over questions of how the economy should be organized, which had not been a major source of massacre in previous centuries.

Twentieth-Century governments and their soldiers have killed perhaps forty million people in war: either soldiers (most of them unlucky enough to have been drafted into the mass armies of the twentieth century) or civilians killed in the course of what could be called military operations.