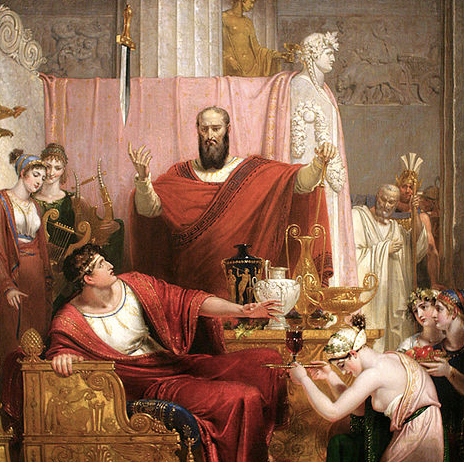 The Hayek-Pinochet Connection: A Second Reply to My Critics: In this post I respond to… [critics] regarding the connection between Friedrich von Hayek and Chilean dictator Augusto Pinochet. Though my comments on that connection took up a mere three sentences in my article, they’ve consumed an extraordinary amount of bandwidth among my libertarian critics. At Bleeding Hearts Libertarians, Kevin Vallier repeatedly accuses me of “smearing” Hayek with the Pinochet connection:

When Hayek was eighty he said that Pinochet was an improvement on Allende. This was a serious mistake in judgment, but it is not significant for Hayek’s body of work in any way. Why would it be?…

I don’t think anyone denies that was a grotesque mistake but…what? Hayek isn’t Jesus? Unsure why we’re supposed to care.” And again: “I mean, maybe Hayek was a shit human being. Let’s suppose. Still. Why do I care?”

While Sanchez and Vallier concede that Hayek was wrong on Pinochet, much >of the libertarian commentariat… do not. Here’s a representative remark:

I am now going to utter what some have been thinking: perhaps Hayek was right. 190 units of evil is better than 191 units of evil (if there were any such thing)…. Let me affirm it loud and clear: Pinochet was better than Allende.

Let’s take these one at a time.

Hayek only said that Pinochet was better than Allende

This is absurd. The Hayek-Pinochet file is so extensive that I could only give it the barest mention in my Nation piece. Here’s the brief version of the story…. Hayek first visited Pinochet’s Chile in 1977, when he was 78. Amnesty International had already provided him with ample evidence of Pinochet’s crimes—much to his annoyance—but he went anyway. He met with Pinochet and other government officials, who he described as “educated, reasonable, and insightful men.” According to the Chilean newspaper El Mercurio, Hayek

told reporters that he talked to Pinochet about the issue of limited democracy and representative government…. He said that in his writings he showed that unlimited democracy does not work because it creates forces that in the end destroy democracy. He said that the head of state listened carefully and that he had asked him to provide him with the documents he had written on this issue.

Hayek complied… sen[t] a draft of… a section on “Emergency Powers,” which defends temporary dictatorships when “the long-run preservation” of a free society is threatened. “Long run” is an elastic phrase, and by free society Hayek doesn’t mean liberal democracy. He has something more particular and peculiar in mind:

that the coercive powers of government are restricted to the enforcement of universal rules of just conduct, and cannot be used for the achievement of particular purposes.

That last phrase is doing a lot of the work here: Hayek believed, for example, that the effort to secure a specific distribution of wealth constituted the pursuit of a particular purpose. So the threats to a free society might not simply come from international or civil war. Nor must they be imminent. As other parts of the text make clear, those threats could just as likely come from creeping social democracy at home. If the visions of Gunnar Myrdal and John Kenneth Galbraith were realized, Hayek writes, it would produce “a wholly rigid economic structure which…only the force of some dictatorial power could break.”

Hayek came away from Chile convinced that an international propaganda campaign had been unfairly waged against the Pinochet regime (and made explicit comparison to the campaign being waged against South Africa’s apartheid regime). He set about to counter that campaign… lambasting human rights critics of the regime…. [The] Frankfurter Allgemeine Zeitung['s]… editor… refused [to publish], fearing that it would brand Hayek as “a second Chile-[Franz Josef] Strauss.”… Hayek was incensed. He broke off all relations with the paper, explaining that if Strauss had indeed been “attacked for his support for Chile he deserves to be congratulated for his courage.”… Hayek wrote to the London Times, “I have not been able to find a single person even in much maligned Chile who did not agree that personal freedom was much greater under Pinochet than it had been under Allende.”… In 1981, Hayek returned to Chile. The Pinochet regime had recently adopted a new constitution, which it named after The Constitution of Liberty. During this visit, El Mercurio interviewed him again and asked him what “opinion, in your view, should we have of dictatorships?” Demonstrating that he was fully aware of the dictatorial nature of the Pinochet regime, Hayek replied:

As long-term institutions, I am totally against dictatorships. But a dictatorship may be a necessary system for a transitional period. At times it is necessary for a country to have, for a time, some form or other of dictatorial power. As you will understand, it is possible for a dictator to govern in a liberal way. And it is also possible for a democracy to govern with a total lack of liberalism. Personally, I prefer a liberal dictator to democratic government lacking in liberalism. My personal impression…is that in Chile…we will witness a transition from a dictatorial government to a liberal government….during this transition it may be necessary to maintain certain dictatorial powers.

(The transition Hayek imagines here would not occur for another seven to eight years, over and against the wishes of the “liberal dictator” Pinochet.)… Hayek again praised temporary dictatorships “as a means of establishing a stable democracy and liberty, clean of impurities” and defended the “Chilean miracle” for having broken, among other things, “trade union privileges of any kind”… said the only totalitarian government in Latin America he could think of was “Chile under Allende.”

But Hayek’s greatest contribution to the Pinochet regime may well have been his effort to organize the 1981 convention of the Mont Pelerin Society that was held in Viña del Mar, the Chilean city where the coup against Allende had been planned…. The conference made a point of providing its participants with an opportunity “for becoming better acquainted with the land which has had such consistently bad and misrepresenting press coverage.”… Hayek milked it for all that it was worth. When the Frankfurter Allgemeine Zeitung, for example, published a cartoon comparing Pinochet’s Chile to Jaruzelski’s Poland, he fired off an angry letter to the editor:

I cannot help but protest in the strongest possible terms against the cartoon on page 3 of your publication of the 30th of December equating the present governments of Poland and Chile. It can only be explained by complete ignorance of the facts or by the systematically promoted socialist calumnies of the present situation in Chile, which I had not expected the F.A.Z. to fall for.  I believe that all the participants in the Mont Pelerin Society conference held a few weeks ago in Chile would agree with me that you owe the Chilean government a humble apology for such twisting of the facts.  Any Pole lucky enough to escape to Chile could consider himself fortunate….

[Pinochet's] regime was more than grateful for his efforts and repeatedly conveyed their thanks to him. As Cáceres wrote Hayek: “The press has given wide coverage to your opinions and I feel no doubt that your thoughts will be a clarifying stimmulous [sic] in the achievements of our purposes as a free country.”

Hayek’s… letter to the Times, where he favorably compares Pinochet to Allende… was in 1978, a mere two years after the publication of volume 2 of Law, Legislation and Liberty and a full year before the publication of volume 3. These books are generally recognized to be among Hayek’s greatest contributions to political theory. The notion that Hayek was sufficiently compos mentis to write these classics but not to understand what he was saying about Pinochet is risible.

The Pinochet connection has nothing to do with Hayek’s ideas….

Hayek had a long-standing interest, pre-dating his engagement with Pinochet, in the idea of temporary dictators and strongmen. It is a running thread…. Hayek took a turn with the Portuguese dictator Antonio Salazar. Even in The Constitution of Liberty, which makes a powerful case for the evolutionary nature of rule formation, we get a glimpse of a Schmittian-type legislator stepping forth “to create conditions in which an orderly arrangement [of rules] can establish and ever renew itself.” That, Hayek says, is “the task of the lawgiver.” (Hayek sent the text to Salazar….) Hayek did not imagine the dictator as simply a response to foreign attack or domestic insurrection; he was the antidote to the discretionary free-fall of a socialist state run amok….

Though Hayek frequently speaks of this dictator, the strongman seems to be, almost literally, a miracle: an appearance from nowhere…. It meant a great deal to him but that he wanted it to remain a miracle out of the whirlwind, or simply didn’t know how to reconcile it with his ideas about evolutionary rule formation. In either case, it was a circle he couldn’t square. Hayek’s failure to grapple with what he was doing with dictators theoretical and actual is symptomatic of a larger problem…. Pinochet’s Chile was about the forcible creation, at lightning speed, of new markets…. Hayek’s failure to fully come to terms with this reality--his idea of a good “liberal dictator”--shows that he was more than aware of it; the fact that so little in his work on rule formation gives warrant to such an idea demonstrates the theoretical impasse in which he found himself…. Walker suggests that Hayek didn’t have to respond to Pinochet as he did. If that’s the case, the burden is on my critics to explain why he did—without resorting to “he was an old man” foolishness. But I wonder if Walker is right: not about markets but about the man. And here I circle back to the question of Hayek the theorist.

Given everything we know about Hayek—his horror of creeping socialism, his sense of the civilizational challenge it posed; his belief that great men impose their will upon society (“The conservative peasant, as much as anybody else, owes his way of life to a different type of person, to men who were innovators in their time and who by their innovations forced a new manner of living on people belonging to an earlier state of culture”); his notion of elite legislators (“If the majority were asked their opinion of all the changes involved in progress, they would probably want to prevent many of its necessary conditions and consequences and thus ultimately stop progress itself. I have yet to learn of an instance when the deliberate vote of the majority (as distinguished from the decision of some governing elite) has decided on such sacrifices in the interest of a better future”); and his sense of political theory and politics as an epic confrontation between the real and the yet-to-be-realized—perhaps the Pinochet question needs to be reframed. The issue is not “How could he have done what he did?” but “How could he not?”

So what? Who cares? Stop the smearing!

My response to the above claims should answer the “So what? Who cares?” question and set to rest the notion that I was smearing an old man. If anything I let him off easy.

The Hayek-Pinochet Connection: A Second Reply to My Critics: In this post I respond to… [critics] regarding the connection between Friedrich von Hayek and Chilean dictator Augusto Pinochet. Though my comments on that connection took up a mere three sentences in my article, they’ve consumed an extraordinary amount of bandwidth among my libertarian critics. At Bleeding Hearts Libertarians, Kevin Vallier repeatedly accuses me of “smearing” Hayek with the Pinochet connection: