In Which I Finally Make Time to Shape-Shift Back into My Direwolf Form and Think About Michael Kinsley: Whiskey-Tango-Foxtrot-Bang-Query-Bang-Query Weblogging 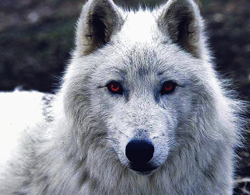 So I finally made a chunk of time to read and think about Michael Kinsley's response to Paul Krugman's rebuttal of Kinsley's claim that Krugman was engaged in a "misguided moral crusade against" rather than a technocratic critique of "austerity".

First and most essential, I need to set some rules here: If I'm going to be called a canine of any form, standards must be maintained.

I insist that it be not "attack dog" but either:

Those are the approved options. Pick one. Use it. Stick to it. It's really not hard at all to do.

I hope that that is now clear...

This seemed to me to be Kinsley exhibiting a strange passive-aggressive twitch--telegraphing to Stuckler and Basu: I'm going to attack your article, and I'm going to link to it, but I'm never going to mention your names, ha, ha!!

And what is the connection of Stuckler and Basu's article to the never-quoted and never-linked to but mentioned-eighteen-times Paul Krugman? It is, Kinsley writes:

[Krugman] did not write the paper about how austerity kills, but it fits comfortably with everything else he’s been writing on the subject.

In short: Krugman didn't write it, and I am too lazy to quote from anything Krugman did write, so I will say it "fits comfortably" with what he writes and proceed as if he did write it.

So I was pleased to find that, come paragraph eight, that Kinsley makes an argument:

Michael Kinsley vs. the Anti-Austerians: I was particularly intrigued by this idea of purposely holding back a recovery until you can take credit for it. Why wait for that? Paul Krugman takes credit for good economic news whenever it happens. On Krugman’s blog site (“The Conscience of a Liberal”) last week were two bits of prose side-by-side. One was an ad for his latest book, End This Depression Now! “How bad have things gotten?” the ad asks rhetorically.” How did we get stuck in what now can only be called a depression?” Right next door is Krugman’s gloat about the recent pretty-good economic news. “So where are the celebrations,” he asks, “now that the debt issue looks, if not solved, at least greatly mitigated?” Greatly mitigated? By what? Certainly not by anyone taking Paul Krugman’s advice. He has been, in his own self-estimate, a lone, ignored voice for reason crying out in an unreasoning universe.

Unfortunately, Kinsley's argument is a fuzzy argument. It appears to me to move in six stages:

However, if you were to say that Kinsley's paragraph is too fuzzy to understand what he is trying to say, I would have a hard time rebutting you.

In support of his argument, Kinsley quotes one sentence from ad copy for End This Depression Now and one sentence from Krugman's post: "So where are the celebrations now that the debt issue looks, if not solved, at least greatly mitigated?"

Where Are The Deficit Celebrations?: For three years and more Beltway politics has been all about the deficit. Urgent action was needed to avert crisis. A Grand Bargain absolutely had to be reached. Fix the Debt, now now now!

So where are the celebrations now that the [decline in the deficit and the stabilizing of the projected debt-to-annual-GDP ratio mean that the] debt issue looks, if not solved, at least greatly mitigated? And it’s not just recovering revenues: health costs, the biggest driver of long-run spending, have slowed dramatically.

What we’re getting from the deficit scolds, however, are at best grudging admissions that things may look a bit less dire — if not expressions of regret that the public seems insufficiently alarmed.

Jamelle Bouie gets at a large part of it by noting what was obvious all along: for many deficit scolds, it was never really about the debt, it was about using deficits as a way to attack the social safety net. Deficits may have come down, but not the way they were supposed to — hey, we were supposed to be kicking 65 and 66 year-olds off Medicare, not doing something so goody-goody as managing costs better.

There is, however, a secondary factor: think about the personal career incentives of the professional deficit scolds. You’re Bowles/Simpson, with a lucrative and ego-satisfying business of going around the country delivering ominous talks about The Deficit; you’re an employee of one of the many Pete Peterson front groups; and now, all of a sudden, the deficit is receding, and you had nothing to do with it. It’s a disaster!

And so the deficit progress must be minimized and bad-mouthed.

I looked in this for Paul Krugman taking credit for the falling deficit. I didn't find it.

I looked in this for Paul Krugman "gloat[ing] about the pretty-good economic news" of the deficit. And I didn't find it. (The falling deficit is pretty-good economic news for austerians, but not for Paul Krugman. Nowhere does he say it is really good news--what he argues is that it should be reason for austerians, who have been fearing an exploding debt and claiming that because of it we must do all kinds of unpleasant things they would rather not do, to sigh in relief and say "never mind". For Krugman, the falling deficit is bad news--it is weakening the economy.)

I looked in this for a claim that Paul Krugman has been "in his own self-estimate, a lone, ignored voice for reason crying out in an unreasoning universe." And I didn't find it. (What I do find, elsewhere, is Paul believing that he is having an impact, that argument matters and matters greatly, and that the fact that the U.S. is doing much better than Britain or continental Europe is powerful evidence to that effect--that behind our efforts there must be found our further efforts.)

So I moved on to paragraph nine, in the hope that Kinsley would step up his game.

Alas, paragraphs nine through thirteen struck me as more throat-clearing. For example:

However, paragraph eight is there, and it is an argument. but it is an argument that relies on misconstruing what it is criticizing, so there is really not very much meat here on which a poor overworked direwolf might feed. But I will try my best...

There are two possible explanations [for people's displeasure with his "Paul Krugman's Misguided Moral Crusade Against Austerity"]. First, it might be that I am… just so spectacularly and obviously wrong that there is no point in further discussion. Or second, to bring up the national debt at all in such discussions has become politically incorrect…

Dan Drezner--unnamed by Kinsley, but linked to--says, correctly, that Kinsley nails it with the first: Kinsley is wrong.

And why should Kinsley be surprised that he is wrong? Kinsley writes:

I can’t help feeling that the gold bugs are right…. My fear is not the result of economic analysis. It’s more from the realm of psychology. I mean mine. […] The puritan in me says that there has to be some pain. That’s not to say that there hasn’t been plenty of economic pain. But that pain has come from the recession itself, not the cure…

I do believe that we have to pay a price for past sins, and the longer we put it off, the higher the price will be. And future sufferers are not necessarily different people than the past and present sinners. That’s too easy.... The problem is the great, deluded middle class—subsidized by government and coddled by politicians.... If you make less than $250,000 a year, Obama has assured us, you are officially entitled to feel put-upon and resentful. And to be immune from further imposition...

So why should Kinsley be surprised to find that the only people backing him up are Chuck Lane and Joe Scarborough? If you say up front that you don't have an argument, and follow through by not making an argument, why would you then surprised when you turn out to be treated with less respect--"one of those flattering but scary web hailstorms"--than people who do have arguments?

Fourth, there remains the second prong of Michael Kinsley--Kinsley wants to believe that the internet hailstorm was not because he was wrong, but because bringing up the national debt has become "politically incorrect". Bringing up the national debt has not become politically incorrect--and if it were, that would be no reason not to bring it up. Moreover, just because Kinsley is wrong does not mean that further discussion is useless. Further discussion is not useless: further discussion is very useful. But what is needed informed discussion--honest arguments and honest disagreement, not mere knee-jerk gut feelings and psychological reactions.

The debate over whether prudent economies should pursue additional temporary fiscal stimulus and boost government purchases, until the bond market tells us otherwise via sharp increases in long-term interest rates, or turn toward austerity and cut government purchases starting right now is a technocratic debate that has two sides, a benefits-of-stimulus side and a costs side.

On the fiscal-stimulus-has-low-benefits side, the arguments for austerity were three. They were that:

Over the past five years, reality has spoken very harshly against (1) and (2). The world's central banks (with the possible exception of Japan) do not believe in (3). There are powerful theoretical arguments against (3), and certainly if it is correct it requires operations on a much larger scale than I at least would have thought needed five years ago, but it is possible that (3) is indeed a better policy road than additional temporary fiscal stimulus.

On the fiscal-stimulus-has-high-costs side, the arguments for austerity are:

Here reality has not spoken nearly as strongly over the past five years. What we do know is that the bond market strongly disbelieves in (1): unless you think that investors in long-term bonds have systematically gotten bond values very wrong, the arithmetic is that additional government purchases right now lower rather than raise debt-to-GDP ratios. What we do know is that the history of Japan over the past decades as well as the Great Depression indicates that the fear of (2) or inflation driven by fiscal dominance is a very distant and unlikely threat, if it is a threat at all. We do know, with respect to (3), that Reinhart and Rogoff misread their historical results: the costs of required financial repression are not low up to a debt-to-annual-GDP ratio of 90% and do not become high above that level. The historical record suggests that if there are costs to financial repression they are small. They increase slowly and continuously as debt rises. And (4) is, as they say, "at the research frontier".

Over the past four years we have learned an awful lot about the benefits and costs of austerity vs. stimulus, and what we have learned has greatly strengthened the intellectual case for the stimulus side.

Given that this is the state of the technocratic debate, what is Michael Kinsley's proper role? It is:

If that is not the role he seeks, than what is the point of it all?

In Which I Finally Make Time to Shape-Shift Back into My Direwolf Form and Think About Michael Kinsley: Whiskey-Tango-Foxtrot-Bang-Query-Bang-Query Weblogging

So I finally made a chunk of time to read and think about Michael Kinsley's response to Paul Krugman's rebuttal of Kinsley's claim that Krugman was engaged in a "misguided moral crusade against" rather than a technocratic critique of "austerity".

First and most essential, I need to set some rules here: If I'm going to be called a canine of any form, standards must be maintained.

I insist that it be not "attack dog" but either:

Those are the approved options. Pick one. Use it. Stick to it. It's really not hard at all to do.

I hope that that is now clear...