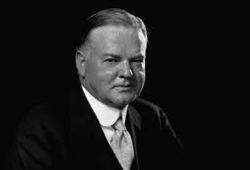 Just what is Ken Rogoff's argument that the Cameron-Osborne-Clegg government in Great Britain was correct to hit the British economy over the head with the austerity hammer in the spring of 2010, anyway?

Ken Rogoff’s article… is a welcome return to sanity…. Rogoff focuses on what was always the critical debate: was austerity necessary because financial markets might have stopped buying government debt…. As critical pieces go, you couldn’t have a friendlier one than this…. Rogoff agrees that it was a mistake to cut back on public sector investment…. He says that austerity critics “have some very solid points”…. His comment after putting the austerity critics’ case is “perhaps” or “maybe”…

About the Rogoff argument: If markets stop buying government debt, then they are buying something else: by Walras's Law, excess supply of government debt is excess demand for currently-produced goods and services and labor. That is not continued deflation and depression, that is a boom--it may well be a destructive inflationary boom, and it may be a costly boom, but it is the opposite problem of an deflationary depression

So, by continuity, somewhere between policies of austerity that that produce deflationary depression due to an excess demand for safe assets and policies of fiscal license that produce inflationary boom caused by an excess supply of government debt, there must be a sweet spot: enough new issues of government debt to eliminate the excess demand for safe assets and so cure the depression, but not so much in the way of new issues of government debt to produce destructive inflation, right? Why not aim for that sweet spot? Certainly Cameron-Osborne-Clegg were not aiming for that sweet spot, and the John Stuart Millian using the government's powers to issue money and debt to balance supply and demand for financial assets and so make Say's Law true in practice even though it is not true and theory?

Ken Rogoff thinks that the answer is obvious: that you must then hit the economy on the head with the hammer of austerity to raise unemployment in order to guard against the threat of the invisible bond-market vigilantes, even though there is no sign of them--for, he says, they are invisible and silent as well. We must not try to infer expectations, probabilities, scenarios, and risks from market prices, but rather have St. Paul's faith that austerity is necessary because of "the evidence of things not seen".

The argument seems to be:

Therefore, Rogoff argues, in order to guard against the possibility of a destructive fiscal dominance-inflation in the future, the Cameron-Osborne-Clegg government was wise to hit the British economy on the head with the austerity hammer and produce a longer, deeper, more destructive depression now.

Maybe the argument is really that the big policy mistake was made by Governor of the Bank of England--that Britain was in conditions of fiscal dominance, in which the Exchequer needed to balance the budget to preserve price stability and the Bank of England should have engaged in massive quantitative easing, aggressive forward interest- and exchange-rate guidance, and explicit raising of the inflation target in order to balance aggregate demand and potential supply, and that the unforgivable policy blunders were not Cameron-Osborne-Cleggs' but King's. But if that is what Rogoff means, it is not what he says.

So I am still left puzzled.

And so is Simon Wren-Lewis, who continues:

The argument here is all about insurance. The financial markets are unpredictable…. [What if] the Euro had collapsed[?] As Rogoff acknowledges, they might have run for cover into UK government debt, but… might have done the opposite…. The UK is not immune from the possibility of a debt crisis, so we needed to take out insurance against that possibility, and that insurance was austerity…. So let us agree that it was possible to imagine, particularly in 2010, that the markets might stop buying UK government debt. What does not follow is that austerity was an appropriate insurance policy….

Government needed to have a credible long term plan for debt sustainability…. I hope Rogoff would agree that in the absence of any risk coming from the financial markets, it is optimal to delay fiscal tightening until the recovery is almost complete. The academic literature is clear that, in the absence of default risk, debt adjustment should be very gradual, and that fiscal policy should not be pro-cyclical. So the insurance policy involves departing from this wisdom. This has a clear cost in terms of lost output, but an alleged potential benefit in reducing the chances of a debt crisis…. What the Rogoff piece does not address at all is that the UK already has an insurance policy, and it is called Quantitative Easing…. Rogoff says that, if the markets suddenly forsook UK government debt “UK leaders would have been forced to close massive budget deficits almost overnight.” With your own central bank this is not the case--you can print money instead…. We are talking about a government with a long-term feasible plan for debt sustainability, faced with an irrational market panic…. We never needed the much more costly, far inferior and potentially dubious additional insurance policy of austerity.

And so is Paul Krugman: Phantom Crises:

Simon Wren-Lewis is puzzled by a Ken Rogoff column that sorta-kinda defends Cameron’s austerity policies. His puzzlement, which I share, comes at several levels. But I want to focus on… Rogoff’s assertion that Britain could have faced a southern Europe-style crisis, with a loss of investor confidence driving up interest rates and plunging the economy into a deep slump. As I’ve written before, I just don’t see how this is supposed to happen in a country with its own currency that doesn’t have a lot of foreign currency debt--especially if the country is currently in a liquidity trap, with monetary policy constrained by the zero lower bound on interest rates. You would think, given how many warnings have been issued about this possibility, that someone would have written down a simple model of the mechanics, but I have yet to see anything of the sort…. Suppose that investors turn on your country for some reason… a decline in capital inflows at any given interest rate, so that the currency depreciates. If you have a lot of foreign-currency-denominated debt, this could actually shift IS left through balance-sheet effects, as we learned in the Asian crisis. But that’s not the case for Britain; clearly, IS shifts right. If LM doesn’t shift, the interest rate will rise, but only because the loss of investor confidence is actually, through depreciation, having an expansionary effect….

My point is that… [the] claim that loss of foreign confidence causes a contractionary rise in interest rates just doesn’t come out of anything like a standard model. If you want to claim that it will happen nonetheless, show me the model!…

Furthermore, as Wren-Lewis says, even if there is somehow a squeeze on long-term bonds, why can’t the central bank just buy them up? Yes, this is “printing money”--but when you’re in a liquidity trap, that doesn’t matter. (Alternatively, you can take a consolidated view of the government and central bank balance sheets, in which case what we’re effectively doing is refinancing at the zero short-term rate.)…

It's been more than three years since the U.K.'s coalition government began aggressively raising taxes and cutting spending in an effort to reduce its deficit. Many economists now agree that this program retarded the recovery, producing a slump worse than the Great Depression. Yet Harvard economist Kenneth Rogoff, in a column in the Financial Times, argues that those measures made sense as a form of insurance against the sort of crisis that has afflicted countries in the euro area such as Spain and Italy. His case has two parts, neither of which is convincing.

First, Rogoff implies that the U.K. was vulnerable to the same sorts of shocks that battered Spain and Italy…. The comparison is misleading, however. Unlike the 17 countries of the euro area, which share a single currency, the U.K. uses its own… totally different from the euro area….

Rogoff’s second point is that previous episodes of high indebtedness in the U.K. were special cases that should not inform today’s policy makers…. Rogoff dismisses the gradual repayment of the U.K.’s World War II-era debts because it was only made possible by persistent rapid inflation. That’s true, but Rogoff himself has repeatedly argued that the rich world needs more inflation, rather than less. In fact, at the bottom of his most recent column, Rogoff says that it was a mistake not to have pursued “even more aggressive monetary policy.”

Just what is Ken Rogoff's argument that the Cameron-Osborne-Clegg government in Great Britain was correct to hit the British economy over the head with the austerity hammer in the spring of 2010, anyway?

Ken Rogoff’s article… is a welcome return to sanity…. Rogoff focuses on what was always the critical debate: was austerity necessary because financial markets might have stopped buying government debt…. As critical pieces go, you couldn’t have a friendlier one than this…. Rogoff agrees that it was a mistake to cut back on public sector investment…. He says that austerity critics “have some very solid points”…. His comment after putting the austerity critics’ case is “perhaps” or “maybe”…