On Robert Shiller's "Animal Spirits" Lecture at the New School: Hoisted from the Archives from February 2009 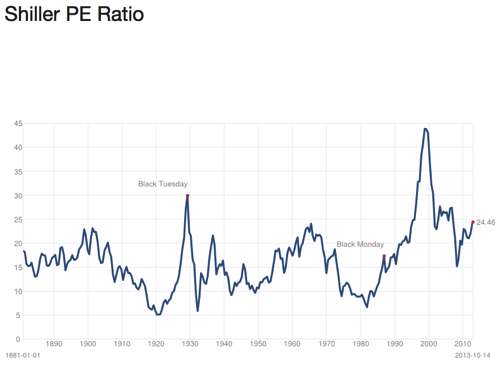 On Robert Shillet's "Animal Spirits" Lecture at the New School:

It is in some part Robert Shiller's fault that I am an economist.

In the spring of 1979, I was talking to my freshman economics teacher and saying: "Gee, it seems that economics is all about how the market is always perfect--or can be made perfect with a minor technocratic tweak or to. "But that's not true!" he--was it Rick Ericson?--told me. "Here is a paper by a hotshot young Yale economist that says that financial markets are really lousy at their job." And he handed me a xerox of an article by Robert Shiller.

Financial markets are not supposed to be just more boring versions of Las Vegas, or ways for the Princes of Wall Street to become fabulously rich by extracting surplus value from the rest of us.

Financial markets are supposed to tell the real economy the value of providing for the future--of taking resources today and using them nor just for consumption or current enjoyment but in building up technologies, factories, buildings, and companies that will produce value for the future. And Shiller has, more than anyone else, argued economists into admitting that financial markets are not very good at this job. The prices that financial markets feed the real economy value safety too much. The prices also are much too frightened of risk. On average the prices too low--that is, greatly undervalue the worth of providing for the future.

And, most of all, the prices are also grossly excessively volatile. Depending on the date, the same flow of rationally-expected future profits and values can vary in its price by a factor of three, depending on what Akerlof and Shiller call "animal spirits" and what Chicago-school economists like John Cochrane and Ken French call:

time variation in the unforcastable component of required expected returns.

Later on, when I grew up and became an economist, I found that I had been baited-and-switched. It turned out that Robert Shiller was an unusual economist. It turned out that the modal economist working on Shiller-issues in an American finance department spends most of his or her time explaining that what I call the Shiller-facts about the performance of financial markets aren't facts at all--or if they are facts they reflect not bubbles and mistakes but are, rather, rational. Why are there no bubbles, no ex ante mistakes? Because, they say, it is perfectly rational for largely the same people to change the temporal slope and wealth curvature of their preferences in such a way as to make it logical to value the S&P 500 at 43 times the average of the past ten years' earnings in 2000, 23 times the average of the past ten years' earnings in 2002, and 15 times the past ten years' earnings today.

But Shiller did change my life.

Not only is he one of the reasons I am an economist, and not only is his work the inspiration for what is still today my most cited troy of publications, but when I moved to California in 1995 I found that one of the options was that I could get a SAM from Berkeley--a lower interest rate plus mortgage insurance, and I jumped on it largely as a result of the Robert Shiller emulation module I have running on my wetware. And I have profited thereby.

But what would we do if we took Shiller seriously--as we should? He has two big planks in his platform:

Pay attention to him.

On Robert Shiller's "Animal Spirits" Lecture at the New School: Hoisted from the Archives from February 2009

On Robert Shillet's "Animal Spirits" Lecture at the New School:

It is in some part Robert Shiller's fault that I am an economist.