Grasping Reality by Brad DeLong
Archives Highlighted Previous Edit COVID Market for Man Slavery 20th C. Reading 'Chicago'
Liveblogging World War I: July 25, 1914: The Serbian Response to the Austro-Hungarian Ultimatum
For the Weekend: What Does the Existence of a Watchmaker Imply? 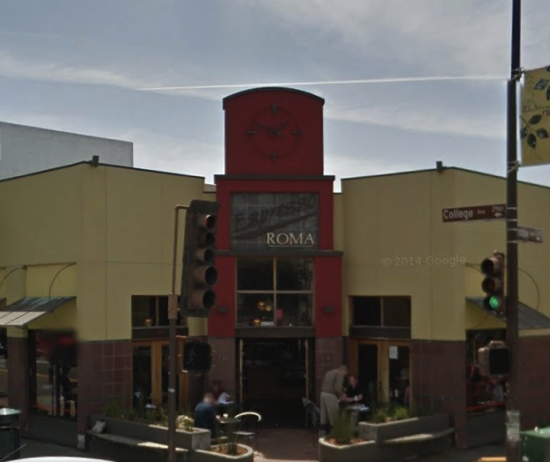 Karl Polanyi's The Great Transformation is certainly the right place to start in thinking about "neoliberalism" and its global spread. But you are right to notice and do need to keep thinking that Polanyi is talking about pre-World War II classical liberalism, and that modern post-1980 neoliberalism is somewhat different.

First, as I, at least, see it, there are three strands of thought that together make up the current of ideas and policies that people call "neoliberalism":

There are also differences with respect to the value put on democracy and liberty. The classical liberals wanted limited and representative government, which is a very different thing than modern political democracy, and were as likely or not to approve of traditional deference traditional social authority structures. Washington Monthly neoliberals are social liberals, and are democrats first and neoliberals second. Milton Friedman neoliberals tend to be true libertarians--social liberals--and want democracy constrained to preserve both social and economic liberties. Mont Pelerin neoliberals tend to be social conservatives, and to at least play with endorsing fascist and authoritarian dictators like Mussolini and Pinochet.

To those of us so eat, breathe, sleep, and live this stuff every day, the differences between these three currents seem large. To others the differences may seem much smaller.

I have always thought of myself as a Washington Monthly neoliberal, and I am trying to resist the transformation into a Milton Friedman neoliberal. That still seems to me to be wrong: it seems to me that a government that is corrupt and incompetent at running and urban water system will be even more corrupt and incompetent at conducting a privatization auction. But I do recognize that there are deep issues of political economy and of governmental confidence that us Washington monthly neoliberals have tended to avoid thinking about.

Second, the baseline against which various forms of market liberalism is reacting are very different. This was brought home to me a couple of days ago when I was rereading George Dangerfield's excellent The Strange Death of Liberal England about British politics on the eve of World War I, where Dangerfield writes about the anti-classical liberal and social democratic politician David Lloyd-George. To quote Dangerfield:

Lloyd George... one July evening in 1909... went down to Limehouse... a packed and partisan audience of East End cockneys.... England has scarcely known a greater demagogue than this pre-war Lloyd-George.... Without the magic of face and voice to support them, his speeches are not likely to survive; and one can only imagine the effect of this, the most famous passage in that famous Limehouse speech:

I was telling you I went down a coal-mine the other day. We sank into a pit half a mile deep. We then walked underneath the mountain, and we did about three quarters of a mile with rock and shale above us. The earth seemed to be straining--around us and above us--to crush us in. You could see the pit props bent and twisted and sundered until you saw their fibers split in resisting the pressure. Sometimes they give way and then there is mutilation and death. Often a spark ignites, the whole pit is deluged in fire, and the breath of life is scorched out of hundreds of breasts by the consuming flame. In the very next colliery to the one I descended, just a few years ago three hundred people lost their lives that way.

And yet when the Prime Minister and I knock at the door of these great landlords and say to them—-’Here, you know these poor fellows who have been digging up royalties at the risk of their lives, some of them are old, they have survived the perils of their trade, they are broken, they can earn no more. Won’t you give them something [Page 23] towards keeping them out of the workhouse?’—-they scowl at us and we say—’Only a ha’penny, just a copper.’ They say, ‘You thieves!’ And they turn their dogs on to us, and you can hear their bark every morning....

Lloyd George was having the time of his life. He kept his audience howling with alternate rage and laughter; moment by moment, sentence by sentence, he assaulted the landlords, and outraged the gentry, and invited the dispossessed, and cozened the dissatisfied; he shouted and implored and wheedled and mimicked. It was a great performance.

And yet this spirited voice was not quite the voice of revolution--though thus it sounded in the anxious imagination of the Conservative press.... It was also Liberalism’s extravagant last will and testament. All it really said was this--that the rich, who are beginning to get too much in their own hands, have got to pay... his revolutionary language [was] nothing more than the language of super-taxes and old age pensions.

But in the meantime, the speech had done its work. If their lordships had been violent about the Budget before, they were twice as violent now. Mr. Lloyd-George redoubled his efforts... and up and down the country certain noblemen emerged from the rustic obscurity to which history had consigned them and began to trade public insults with their persecutor...

That was class war!

As Dangerfield points out, while the Tory squires and the titled members of the House of Lords in 1909 heard David Lloyd-George and thought "REVOLUTION!!", the policies of the so-called People's Budget of 1909 involved less income-tax progressivity ("supertaxes") and less social insurance ("old age pensions") than even the old Paul Ryan budget. And now even Paul Ryan has begun talking about how he wants to expand the EITC, and keep anti-poverty funding at levels far elevated beyond David Lloyd-George's wildest dreams, and how the Ryan budget wasn't his budget but rather the House Republican Conference's budget.

Karl Polanyi's The Great Transformation is certainly the right place to start in thinking about "neoliberalism" and its global spread. But you are right to notice and do need to keep thinking that Polanyi is talking about pre-World War II classical liberalism, and that modern post-1980 neoliberalism is somewhat different.

First, as I, at least, see it, there are three strands of thought that together make up the current of ideas and policies that people call "neoliberalism":