Weekend Reading: Marc Andreessen (2011): Why Software Is Eating the World 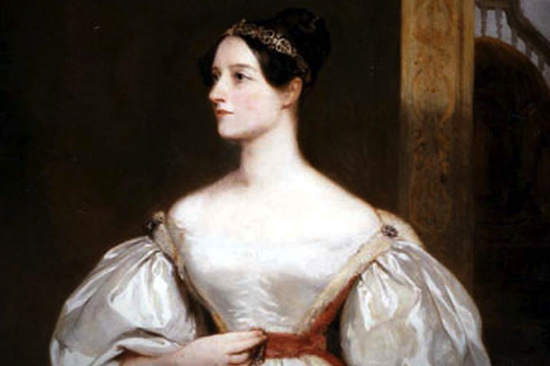 ...announced that it is exploring jettisoning its struggling PC business in favor of investing more heavily in software, where it sees better potential for growth. Meanwhile, Google plans to buy up the cellphone handset maker Motorola Mobility. Both moves surprised the tech world. But both moves are also in line with a trend I've observed, one that makes me optimistic about the future growth of the American and world economies, despite the recent turmoil in the stock market.

In short, software is eating the world.

More than 10 years after the peak of the 1990s dot-com bubble, a dozen or so new Internet companies like Facebook and Twitter are sparking controversy in Silicon Valley, due to their rapidly growing private market valuations, and even the occasional successful IPO. With scars from the heyday of Webvan and Pets.com still fresh in the investor psyche, people are asking, "Isn't this just a dangerous new bubble?"

I, along with others, have been arguing the other side of the case. (I am co-founder and general partner of venture capital firm Andreessen-Horowitz, which has invested in Facebook, Groupon, Skype, Twitter, Zynga, and Foursquare, among others. I am also personally an investor in LinkedIn.) We believe that many of the prominent new Internet companies are building real, high-growth, high-margin, highly defensible businesses.

Today's stock market actually hates technology, as shown by all-time low price/earnings ratios for major public technology companies. Apple, for example, has a P/E ratio of around 15.2—about the same as the broader stock market, despite Apple's immense profitability and dominant market position (Apple in the last couple weeks became the biggest company in America, judged by market capitalization, surpassing Exxon Mobil). And, perhaps most telling, you can't have a bubble when people are constantly screaming "Bubble!"

But too much of the debate is still around financial valuation, as opposed to the underlying intrinsic value of the best of Silicon Valley's new companies. My own theory is that we are in the middle of a dramatic and broad technological and economic shift in which software companies are poised to take over large swathes of the economy.

More and more major businesses and industries are being run on software and delivered as online services—from movies to agriculture to national defense. Many of the winners are Silicon Valley-style entrepreneurial technology companies that are invading and overturning established industry structures. Over the next 10 years, I expect many more industries to be disrupted by software, with new world-beating Silicon Valley companies doing the disruption in more cases than not.

Why is this happening now?

Six decades into the computer revolution, four decades since the invention of the microprocessor, and two decades into the rise of the modern Internet, all of the technology required to transform industries through software finally works and can be widely delivered at global scale.

Over two billion people now use the broadband Internet, up from perhaps 50 million a decade ago, when I was at Netscape, the company I co-founded. In the next 10 years, I expect at least five billion people worldwide to own smartphones, giving every individual with such a phone instant access to the full power of the Internet, every moment of every day.

On the back end, software programming tools and Internet-based services make it easy to launch new global software-powered start-ups in many industries—without the need to invest in new infrastructure and train new employees. In 2000, when my partner Ben Horowitz was CEO of the first cloud computing company, Loudcloud, the cost of a customer running a basic Internet application was approximately $150,000 a month. Running that same application today in Amazon's cloud costs about $1,500 a month.

With lower start-up costs and a vastly expanded market for online services, the result is a global economy that for the first time will be fully digitally wired—the dream of every cyber-visionary of the early 1990s, finally delivered, a full generation later.

Perhaps the single most dramatic example of this phenomenon of software eating a traditional business is the suicide of Borders and corresponding rise of Amazon. In 2001, Borders agreed to hand over its online business to Amazon under the theory that online book sales were non-strategic and unimportant.

Today, the world's largest bookseller, Amazon, is a software company—its core capability is its amazing software engine for selling virtually everything online, no retail stores necessary. On top of that, while Borders was thrashing in the throes of impending bankruptcy, Amazon rearranged its web site to promote its Kindle digital books over physical books for the first time. Now even the books themselves are software.

Today's largest video service by number of subscribers is a software company: Netflix. How Netflix eviscerated Blockbuster is an old story, but now other traditional entertainment providers are facing the same threat. Comcast, Time Warner and others are responding by transforming themselves into software companies with efforts such as TV Everywhere, which liberates content from the physical cable and connects it to smartphones and tablets.

Today's fastest growing entertainment companies are videogame makers—again, software—with the industry growing to $60 billion from $30 billion five years ago. And the fastest growing major videogame company is Zynga (maker of games including FarmVille), which delivers its games entirely online. Zynga's first-quarter revenues grew to $235 million this year, more than double revenues from a year earlier. Rovio, maker of Angry Birds, is expected to clear $100 million in revenue this year (the company was nearly bankrupt when it debuted the popular game on the iPhone in late 2009). Meanwhile, traditional videogame powerhouses like Electronic Arts and Nintendo have seen revenues stagnate and fall.

Photography, of course, was eaten by software long ago. It's virtually impossible to buy a mobile phone that doesn't include a software-powered camera, and photos are uploaded automatically to the Internet for permanent archiving and global sharing. Companies like Shutterfly, Snapfish and Flickr have stepped into Kodak's place.

Today's largest direct marketing platform is a software company—Google. Now it's been joined by Groupon, Living Social, Foursquare and others, which are using software to eat the retail marketing industry. Groupon generated over $700 million in revenue in 2010, after being in business for only two years.

Today's fastest growing telecom company is Skype, a software company that was just bought by Microsoft for $8.5 billion. CenturyLink, the third largest telecom company in the U.S., with a $20 billion market cap, had 15 million access lines at the end of June 30—declining at an annual rate of about 7%. Excluding the revenue from its Qwest acquisition, CenturyLink's revenue from these legacy services declined by more than 11%. Meanwhile, the two biggest telecom companies, AT&T and Verizon, have survived by transforming themselves into software companies, partnering with Apple and other smartphone makers.

LinkedIn is today's fastest growing recruiting company. For the first time ever, on LinkedIn, employees can maintain their own resumes for recruiters to search in real time—giving LinkedIn the opportunity to eat the lucrative $400 billion recruiting industry.

Software is also eating much of the value chain of industries that are widely viewed as primarily existing in the physical world. In today's cars, software runs the engines, controls safety features, entertains passengers, guides drivers to destinations and connects each car to mobile, satellite and GPS networks. The days when a car aficionado could repair his or her own car are long past, due primarily to the high software content. The trend toward hybrid and electric vehicles will only accelerate the software shift—electric cars are completely computer controlled. And the creation of software-powered driverless cars is already under way at Google and the major car companies.

Today's leading real-world retailer, Wal-Mart, uses software to power its logistics and distribution capabilities, which it has used to crush its competition. Likewise for FedEx, which is best thought of as a software network that happens to have trucks, planes and distribution hubs attached. And the success or failure of airlines today and in the future hinges on their ability to price tickets and optimize routes and yields correctly—with software.

Oil and gas companies were early innovators in supercomputing and data visualization and analysis, which are crucial to today's oil and gas exploration efforts. Agriculture is increasingly powered by software as well, including satellite analysis of soils linked to per-acre seed selection software algorithms.

The financial services industry has been visibly transformed by software over the last 30 years. Practically every financial transaction, from someone buying a cup of coffee to someone trading a trillion dollars of credit default derivatives, is done in software. And many of the leading innovators in financial services are software companies, such as Square, which allows anyone to accept credit card payments with a mobile phone, and PayPal, which generated more than $1 billion in revenue in the second quarter of this year, up 31% over the previous year.

Health care and education, in my view, are next up for fundamental software-based transformation. My venture capital firm is backing aggressive start-ups in both of these gigantic and critical industries. We believe both of these industries, which historically have been highly resistant to entrepreneurial change, are primed for tipping by great new software-centric entrepreneurs.

Even national defense is increasingly software-based. The modern combat soldier is embedded in a web of software that provides intelligence, communications, logistics and weapons guidance. Software-powered drones launch airstrikes without putting human pilots at risk. Intelligence agencies do large-scale data mining with software to uncover and track potential terrorist plots.

Companies in every industry need to assume that a software revolution is coming. This includes even industries that are software-based today. Great incumbent software companies like Oracle and Microsoft are increasingly threatened with irrelevance by new software offerings like Salesforce.com and Android (especially in a world where Google owns a major handset maker).

In some industries, particularly those with a heavy real-world component such as oil and gas, the software revolution is primarily an opportunity for incumbents. But in many industries, new software ideas will result in the rise of new Silicon Valley-style start-ups that invade existing industries with impunity. Over the next 10 years, the battles between incumbents and software-powered insurgents will be epic. Joseph Schumpeter, the economist who coined the term "creative destruction," would be proud.

And while people watching the values of their 401(k)s bounce up and down the last few weeks might doubt it, this is a profoundly positive story for the American economy, in particular. It's not an accident that many of the biggest recent technology companies—including Google, Amazon, eBay and more—are American companies. Our combination of great research universities, a pro-risk business culture, deep pools of innovation-seeking equity capital and reliable business and contract law is unprecedented and unparalleled in the world.

I'm privileged to work with some of the best of the new breed of software companies, and I can tell you they're really good at what they do. If they perform to my and others' expectations, they are going to be highly valuable cornerstone companies in the global economy, eating markets far larger than the technology industry has historically been able to pursue.

Instead of constantly questioning their valuations, let's seek to understand how the new generation of technology companies are doing what they do, what the broader consequences are for businesses and the economy and what we can collectively do to expand the number of innovative new software companies created in the U.S. and around the world.

That's the big opportunity. I know where I'm putting my money.

Weekend Reading: Marc Andreessen (2011): Why Software Is Eating the World

...announced that it is exploring jettisoning its struggling PC business in favor of investing more heavily in software, where it sees better potential for growth. Meanwhile, Google plans to buy up the cellphone handset maker Motorola Mobility. Both moves surprised the tech world. But both moves are also in line with a trend I've observed, one that makes me optimistic about the future growth of the American and world economies, despite the recent turmoil in the stock market.

In short, software is eating the world.